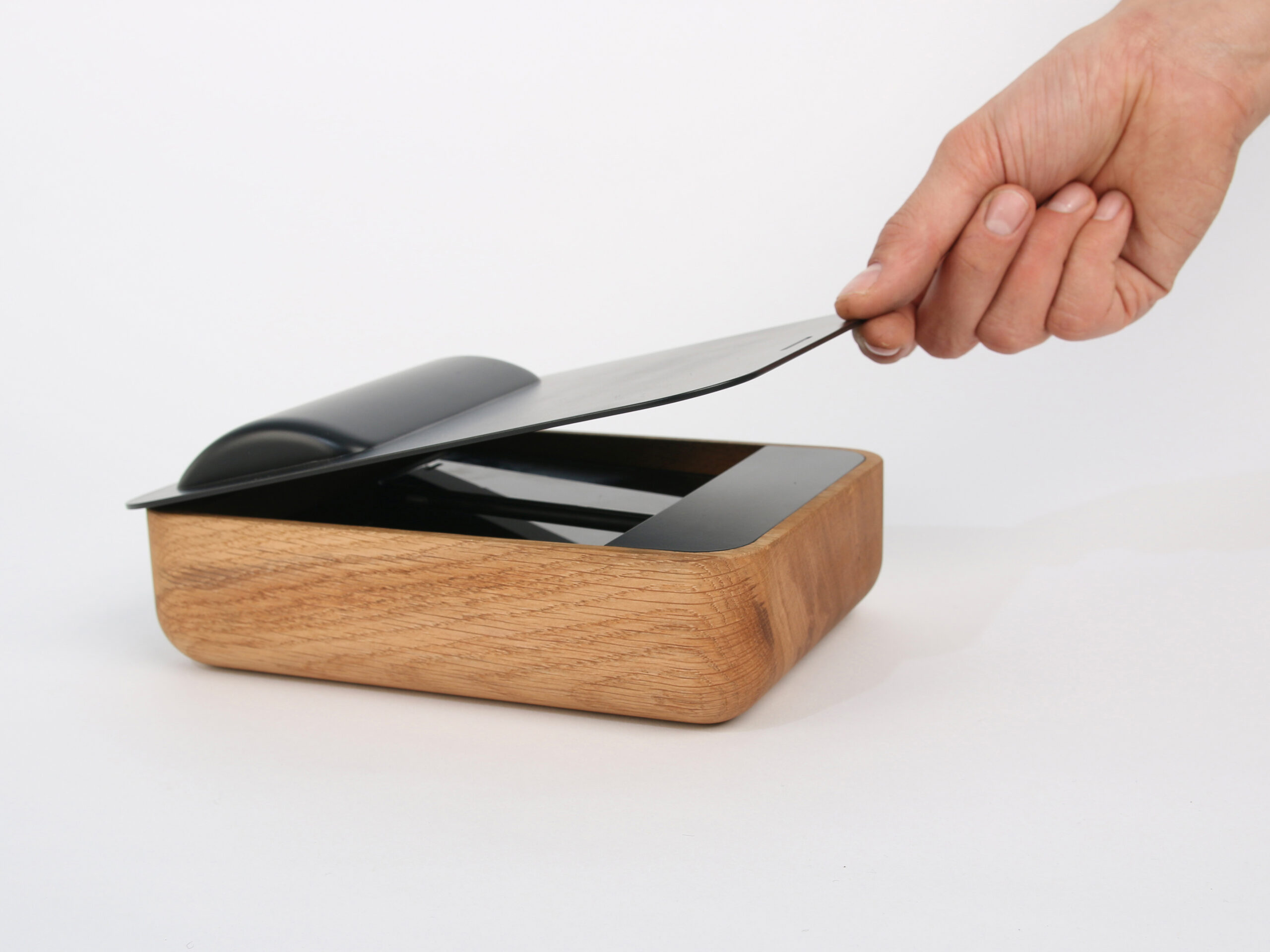 PELLTA AIR is a device that increases the data-security of smartphones and protects the privacy of its users. It actively prevents the phone‘s microphones from picking up and passing on acoustic signals and conversations. The phone remains accessible and audible, but no longer „hears and sees“ anything itself. It is a counterpart to adhesive tape on a webcam that many people use for this reason.

The smartphone often accompanies us 24/7, waiting to be addressed by touch or voice. For the user, it is often impossible to understand which smartphone apps are also activly picking up sounds and processing them for different reasons. Even when switched off, the device is not absolutely off. PELLTA AIR was created in order to provide a place of retreat for confidential moments.

Constant airflow-turbulences actively prevent the phone‘s microphones from picking up and passing on acoustic signals and conversations. The microphe-membranes register a tremendous volume and can`t pro- cess anything else. For the user it stays silent. Since it is based on an analog process it is not possible to over- come it on a digital way. The patented process and implementation was developed by Dominik Annies in this project.

The project won the Berlin Startup Stipendium and an EXIST Funding. The Federal Ministry for Economic Affairs and Energy supports the technological development and its patenting. Currently Dominik Annies is working with a team on the product-developement. 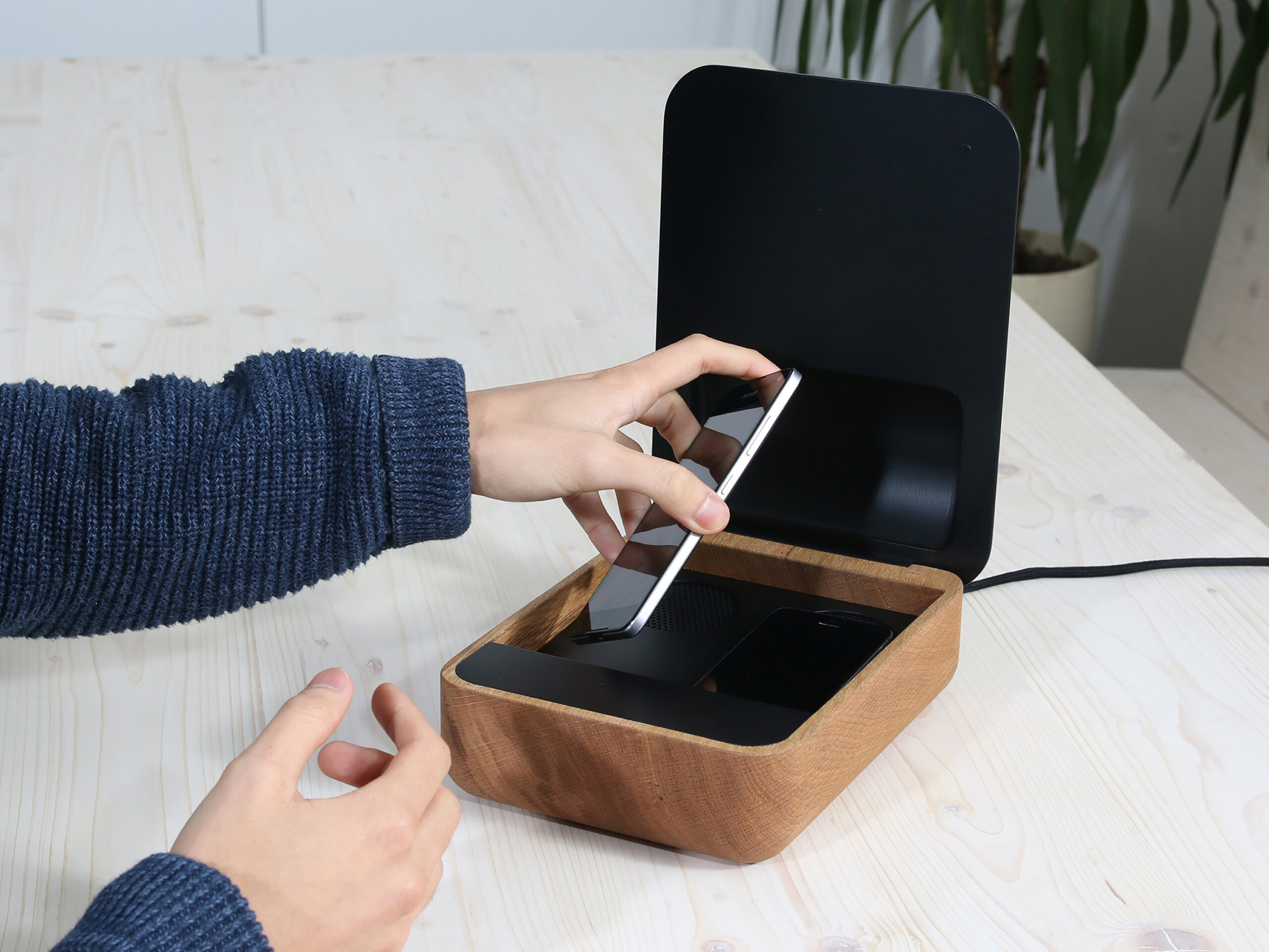 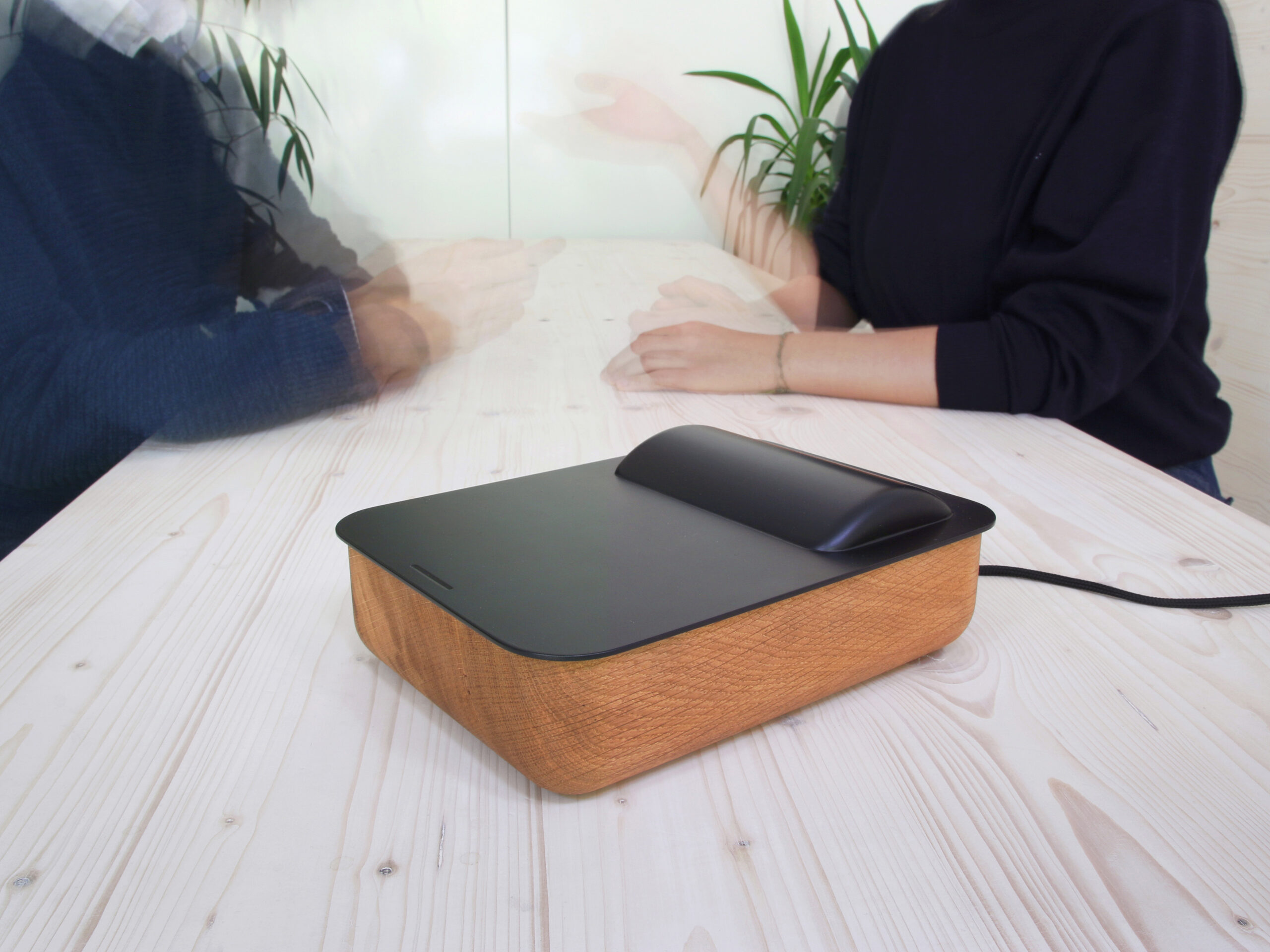